How to solve the social dilemma and fix social media 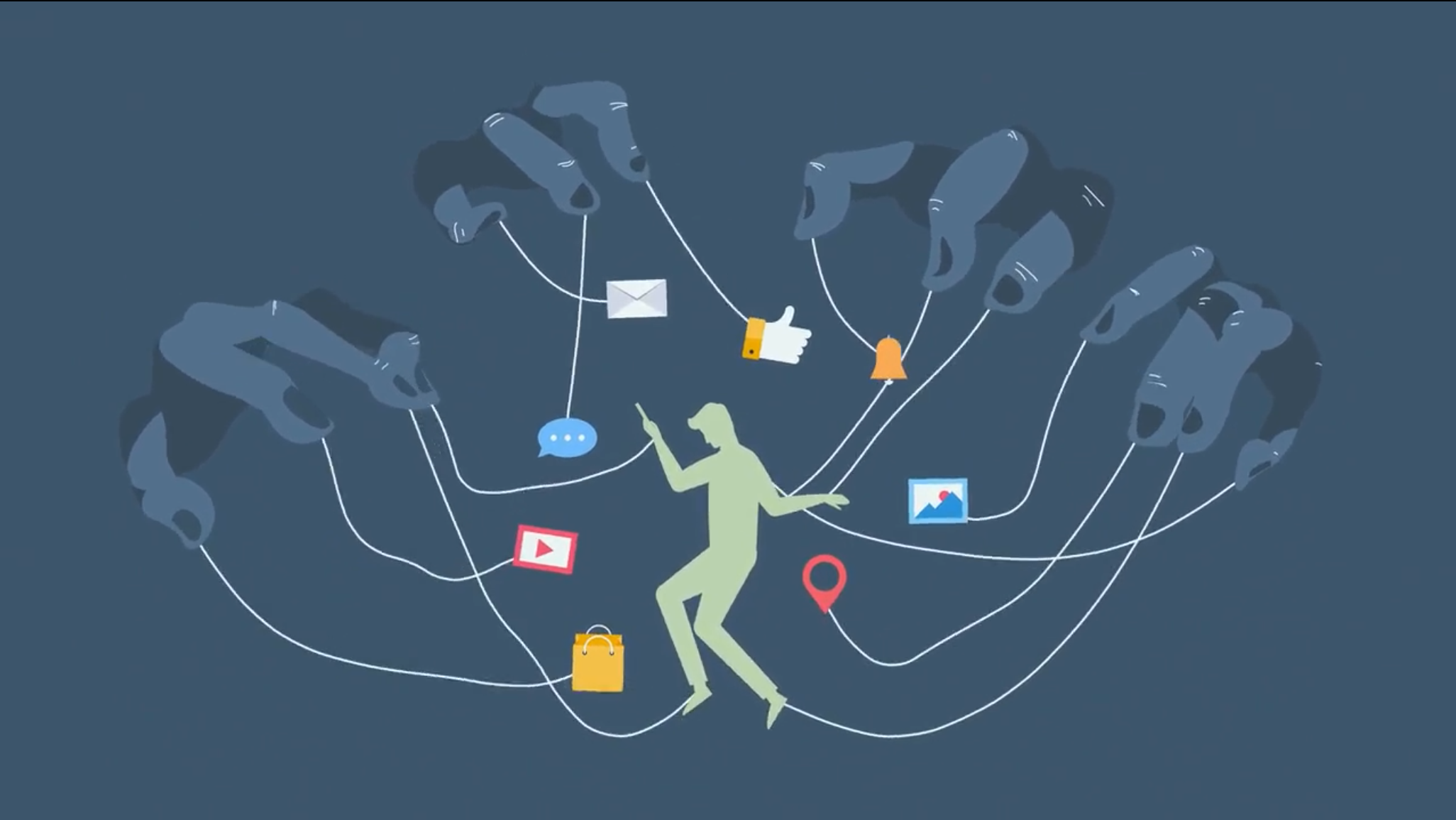 Still from the Netflix documentary, The Social Dilemma

Netflix recently aired a new documentary, "The Social Dilemma", which explores in detail the harmful effects that social networks such as Facebook and Instagram have on individuals and society at large. One of the interviewees in the documentary, Jeff Seibert, has written a more detailed piece on the underlying causes, methods and impacts of current social networks on society and democracy. He argues that advertising-driven business models combined with user-generated content and machine learning lead to increased polarization and anxiety, widespread misinformation, and mass-scale manipulation of society. Some proposals to fight this include regulation, like the General Data Protection Regulation (GDPR), which place strong controls on collecting data on users, even potentially banning personalized advertising.

We agree with Seibert, and we also have a solution. Regulation has the danger of increasing the power of the dominant incumbents, if it's not done correctly. They treat it as a burden and moat preventing competition, and competition is what is needed most. What new competitors need is a different business model. A business based on selling ads is not aligned with the interests of its user base. What if, instead of advertisers being the customer, the actual end-users were the customer? If users paid a small amount on a subscription basis, then the business would be incentivized to keep customers happy. This model may not maximize revenue for the company, but so long as the company is sustainable and able to grow, then that shouldn't matter. The apparent obsession with maximising revenue and growth at all costs is not healthy, and models in which users pay directly for services are better in the long term - for individuals and for society.

Whatsapp was a great example of a succesful subscription-based business. They started off charging a subscription of $1 per year. At the time of their acquisition, in 2014, Whatsapp had 450 million monthly active users, and annualized revenue of around $32M [source], and were adding a million new users every day [source]. For a company that had only 55 employees and operating cost around $10M, that sounds sustainable. Whatsapp also weren't really pushing for monetization, but rather growth. For example, they were relaxed about enforcing the $1 fee after the first year, and didn't apply it at all in certain countries. For comparison, at the time Facebook was making $7 in revenue per user.

Even a good business model can change depending on who owns the company. If investors or shareholders demand that profit is maximized, then that's what you have to do. To prevent this you either need to have benevolent investors, who aren't focused on maximising revenue at all costs, or don't have any investors. This could mean being entirely self-owned, or being a non-profit organisation. This alone probably isn't enough though - what's needed are built-in defences keeping any potential future owners honest and aligned with the users.

One of these defences to keep the company's interests aligned with the users is to reduce the barrier to leaving. If the social network is decentralized then this is structurally enforced. In that case, if the company starts to misbehave in some way, users can easily move to another company (or self host) and keep all their data and friends. This is not possible with centralized social networks without open protocols. An open protocol actually takes this even further, as the user interface itself can be replaced. If the company were to start adding malicious features to the interface, people can simply switch to a different one. Combining this with being open source means it is also easy to modify the existing user interface. Social media incentives have never been this aligned with the users before.

There is still one major ace card to be played to protect users: end-to-end encryption. If the service cannot read your data, then it is impossible to target ads, even if they wanted to. This means that any social feed cannot be an arbitrary black box machine learning algorithm - it has to be assembled client side, thus putting end users in full control of their data and returning their autonomy.

The final component is ethical humane design. That means designing for the good of the human user. No manipulative notifications or dark UI patterns designed to increase engagement and steal more of the user's life. Social media should be a tool that is used to enhance people's lives, not something that manipulates people into spending more time on it.

"If something is a tool, it genuinely is just sitting there waiting, patiently. If something is not a tool, it's demanding things from you. It's seducing you. It's manipulating you. It wants things from you. And we've moved away from having a tools based technology environment, to an addiction and manipulation based technology environment. That's what's changed. Social media isn't a tool that's just waiting to be used. It has its own goals, and its own means of pursuing them by using your psychology against you."


-Tristan Harris in The Social Dilemma

Putting all of the above together, what is needed is an open, decentralized, end-to-end encrypted and ethical social network whose business model is subscription based.